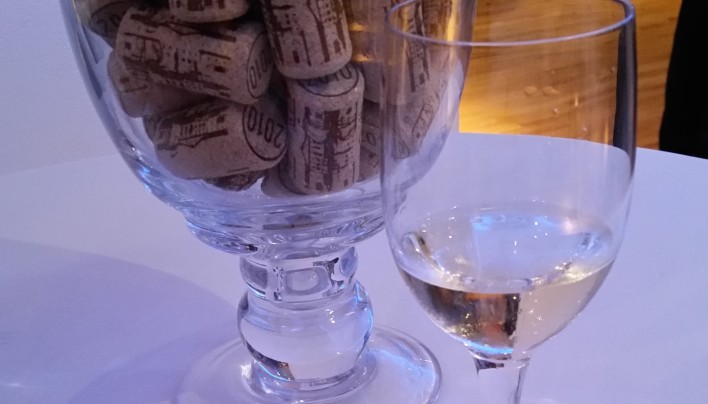 Last Friday my fiancé and I attended our second Zagat Wine tasting. A few years ago he gave me a membership to the Zagat Wine Club for my birthday and we can’t say enough positive things about it. Held at the Metropolitan Pavilion in NYC, this year’s event featured 20 tables hosting a total of 74 wines from all over the world. With all that choice it was a little overwhelming as to where to begin and how many to try! I am happy to say that we sampled many and were able to walk a straight line upon leaving! Everyone was given a chip as they entered to vote for their favorite wine. Listed below are the wines we tasted. I am using a star rating to denote if the wine was extra special and how much I loved the wine * is great and ** is excellent. As you can clearly see from the list above we made excellent headway into tasting as many of the featured wines as possible. With a tasting this large our game plan was to be very selective so wines we had already received in past shipments were skipped. Zagat Wine Club specializes in small production wineries which may produce limited cases each year and may be difficult to find at retail. It makes each case all the more unique and special.

At the end of the evening the votes for the favorite wines of the event were cast. The winners of the competition for best wine were:

The top 2 places were both by winemaker Tony Laithwaite. Since I didn’t try the first or second place wines I can’t say if I agree or not with my fellow tasters. I love The Waxed Bat Reserve and agree that it deserved to be in the top three. Their non reserve version has been my most popular blog post to date.

My vote for the best wine of the night and the receiver of my chip was:

The Prospector 2012 from Reed Renaudin’s X Winery in Napa, California

I tried this wine early in the evening and no wine after that was able to beat it. It blends all my favorite grape varietals: Zinfandel, Petite Sirah, Malbec, and Syrah. Overall the evening was quite a lot of fun and we were happy to see how much the Zagat Wine Tasting has grown and improved since the first one we attended. I am already looking forward to the next event and hoping that some of the above gems will be in our next club shipment!